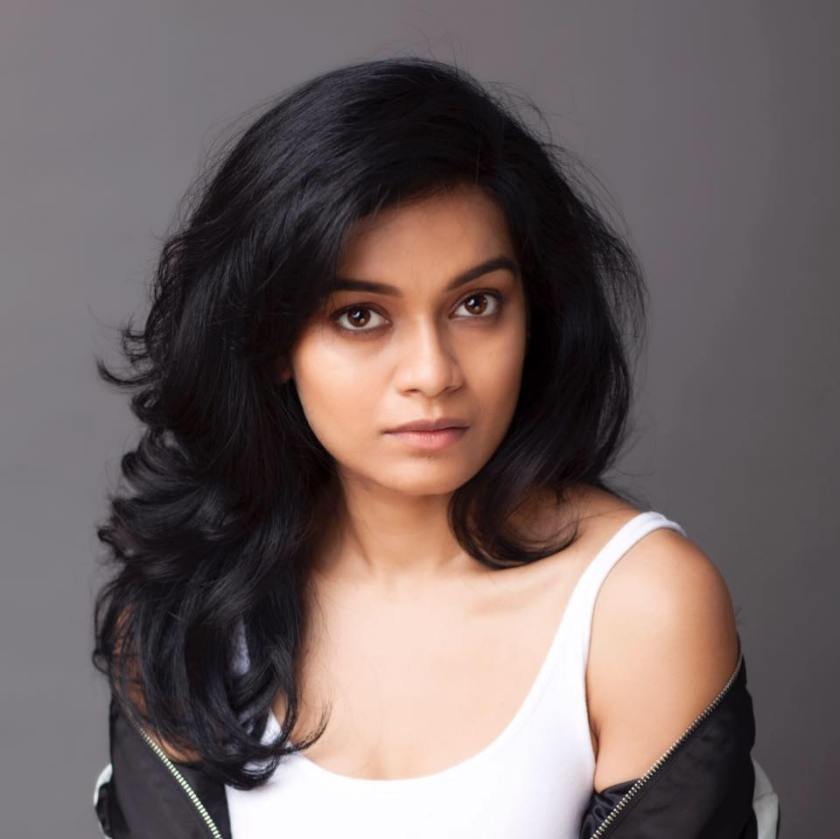 A gold-medalist lawyer, dancer, actor, writer & director – SWAGATA NAIK wears many hats. Don’t rest merely on this chatty girl’s good looks, there is a busy brain inside that pretty head.

DiaryOfAnInsaneWriter got an opportunity to meet this powerhouse of talent at a coffee shop in Mumbai. We sipped on our lattes while exchanging notes. The first thing that one notices about Swagata Naik is her honest eyes & easy going attitude. The zeal to work hard & her commitment shine through everything she says or does. Here are some excerpts from our discussion…

Batti Gul Meter Chalu is about to release & you just finished acting & directing, Charades, a play that received great reviews…hmm…let me ask you in the classic tone…Kaisa lag raha hai aapko?

Hahaha…good one! Well, theatre & cinema have more in common than what we realise.  The preparation, the hard work, the need to be real on camera and on stage is the same. While the craft and technique differ, at the end of the day, we are all there to tell a story – how convincingly we tell it is the challenge.

“On a personal note, Batti Gul Meter Chalu was a huge learning experience in that I learnt from Shahid’s attention to detail and complete dedication on set – his insistence on rehearsal and getting everything just right was inspiring. That is something that I hope to bring in our production Charades, albeit on stage.”
says Swagata Naik.

How was it to work with Shahid on the sets of #BattiGulMeterChalu?

As I mentioned earlier, he is an inspiring presence to watch – because of his background and experience, his knowledge of how a set works and what the director needs are something that cannot be taught. However, he also functions from a space of dedicated practice, which to young actors should be the mantra. Further, Shree Sir’s set is such a collaborative and yet organised atmosphere that an actor doesn’t have a choice but to thrive there. An interesting moment was when Shahid gave a moving performance in a scene in one take and honestly most of us watching forgot that we are also in the scene. That kind of command is what I am inspired to achieve now.

So, dear readers, you may be asking yourselves, WHO IS SWAGATA NAIK & why did she find a place in this blogzine? Read on & #StayInspired.

New-age millennials seeking to make it big are more concerned about the quality & type of work more than anything else. This explains how & why Swagata will soon be a name that every household across the globe will recognize.

The best way to describe Swagata Naik is that she represents the contemporary, next-gen breed of talented millennials who are striving to make a mark in tinsel town without any hassles or hang-ups about the roles they play or the work they do. Swagata is an inspiration in more ways than one, she is a director & captain of the ship at one moment, a playwright in another & a character actor in a magnum opus production. This new generation of talent doesn’t worry about, ‘Log kya kahenge‘ – instead, they scout opportunities the right & ethical manner & give it their best shot – always.

Coming back to my discussion with Swagata…I rapidly typed away while she patiently answered all my queries….

So, Swagata, you are an actor, director, producer and writer all rolled in one, you experiment across mediums – all this in a man’s world. Is this the new millennial woman formula? Tell us more about your multifaceted approach.

The only thing that bothers me about the term a man’s world is the fact that it doesn’t do justice to the world today. We have women heads of state and icons who are paving the way for a future where being a man or a woman is not a despite phenomenon but a celebrated trait.

The way I look at it, and this is thanks to my parents and mentors, is that we are born with no limits and need to spend our whole lives explore these No Limits of ourselves.

I don’t know if this is a millennial formula but we have several female heroes in books and stories who have various skill sets. My life is an attempt to bring that heroism into practice – especially in a field of art – where there should be no limits at all. Women can’t be inspired only by women and vice versa – we are all in a creative field and at least we need to let go of the stereotypes that the world is saddling us with. 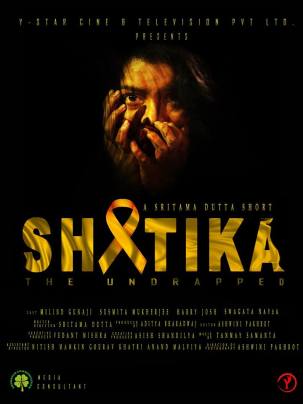 No godfather in the entertainment world. How are you surviving? What is your message to millennials out there who wish to make it big in Indian Entertainment?

All of us are born with different advantages. Some have godfathers – some have talent – some have both- some may have something else. What is important is to identify those advantages and work to your strengths. Put your work out there – the smartphone and social media are to all of our advantages.

“It is important to identify the advantages and not get fixated on what is wrong- because contrary to what people believe – there is no one way of achieving your dreams. Oh, and to be clear about your dreams – you want to be famous/ make money or tell stories or all of it. Focus on that goal, believe and work towards it.” – Swagata Naik

There is so much to narrate about Swagata, so many facets & experiences in her journey that contributed to making her what she is today…allow me to take you through …

Well, for starters, she was a topper and gold medalist in school & fascinated with the spotlight since childhood. She has travelled the world & spent half her waking life reading. She fell in love with the world of cinema when her mother played classic Hindi songs to help the kids sleep. She hails from a multi-cultural army family where her parents always encouraged her in everything she chose to pursue.

Life as a lawyer & cinema fanatic :

She bagged a gold medal at the prestigious NALSAR university of law where she got addicted to watching cinema on the 40 feet wide screen – laptops & downloaded content no longer interested her.

She was placed with AZB and Partners, a prominent law firm & specialised in corporate litigation & high profile disputes. Lucky to be mentored by some of the biggest names in the legal fraternity including, Zia Mody, Justice Rohinton Nariman, Soli Sorabjee, Harish Salve, Janak Dwarkadas.

Her job as a lawyer required her to travel extensively to collect information despite this she managed to watch at least 3 films a week. She would take break from work, go watch film, come back and sit up late to finish her commitments.

A chance mention of the Source of a Performers Energy workshop in Adishakti in Pondicherry changed the course of her glamorous globe-trotting life which consumed almost 15 hours of every day of her life for 5 years.

Always interested in cinema, performing arts and the stage, Adishakti helped her decide that she needed to take up a profession that would satisfy her creatively as well as academically.

She shot for her first independent feature with Shomshuklla Das, Mixed Medium which has travelled to London, Nice, Milan and Madrid. For her role, she has been nominated as Best Supporting Actor at the International Filmmaker Festival, London & the Madrid International Film Festival.

There has been no looking back ever since:

Writing this blog post was an extremely inspiring experience for me. Do let me know what you think about this interview. Do leave your views in the comment box below. If you have any questions for Swagata, do write in, I will get them answered too.

Here are the other interviews in the #StayInspired Series.